From: BoggsBowhunts
10-Nov-19
Veterans Day is tomorrow, and more importantly, the Marine Corps Birthday is today. Haven’t seen a thread like this before but have seen a lot of people on here mention their service in miscellaneous threads throughout the year. So, Vets/Active Duty of bowsite, how about a roll call of when, where, and what branch?

My dad. Daniel Honore’ 173rd airborne Vietnam Twice wounded, one Purple Heart. Laid to rest with full military honors at Arlington Ntl cemetery. His pride for his service to his country was second only to his daughters wedding day. He loved America until his last breath this past spring. He was a great man and true American hero. My American hero.

Thank you all for your service. 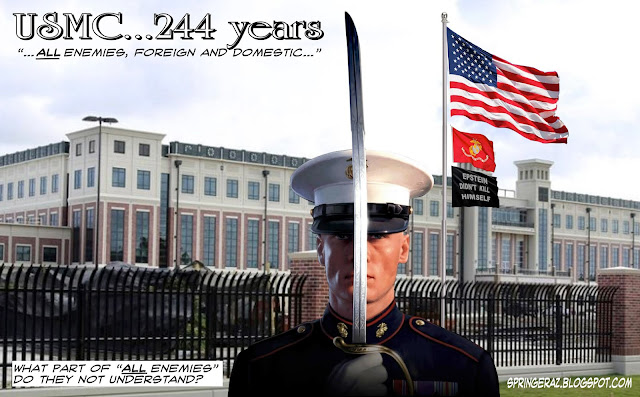 ON the road in about an hour for a Wyoming LQ 128 deer hunt, I'm excited.

Thanks for your Service,

( JTV, swing with the wing, Brother )

From: Ucsdryder
11-Nov-19
Some true badasses on here! Thank you all!
From: hdaman
11-Nov-19
US Navy, 1982-1988, Submarine, John C. Calhoun SSBN 630 out of Kings Bay, Ga.
From: Curt Wells
11-Nov-19
Air Force brat, birth until 1970. Much gratitude to all who have worn the uniform of the United States Military. That includes everyone from the desk jockey to the guys jumping out of an airplane. Can't thank you enough.
From: Empty Freezer
11-Nov-19
USMC 78-81 and my 2 sons have both served, my youngest gets out next week after 10 years as a Navy Seal. One proud Papa.. Semper Fi to all who love this country...
From: JW
11-Nov-19
Hats off to all the veterans out there! Sincere thanks for your service.
From: Ken Moody Safaris
11-Nov-19

I am thankful that they paid me to do it.

My hero
I'm not a Veteran but I love and respect each and everyone of you, thank you for your service to our country. My son Dustin was a US Airman who gave all on March 19th, 2014 while deployed overseas.
From: JL
13-Nov-19
Joe.......I'll send alot of respect to your son Dustin and your family for his ultimate sacrifice. God bless him and your family.....John
From: hunt'n addict
13-Nov-19
Thank you to all veterans for your service to this country.
From: Redheadtwo
17-Nov-19
Late to roll call...1980-1986 USAF
Register here to reply to this topic