Got a nice one.
Bears
Contributors to this thread: 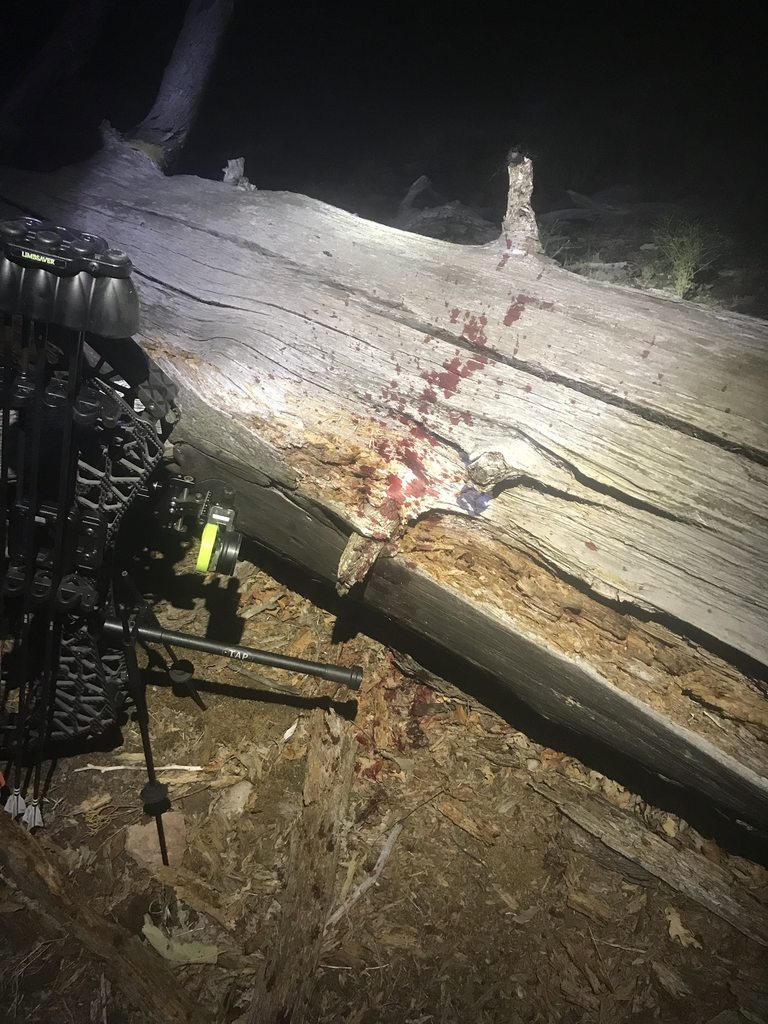 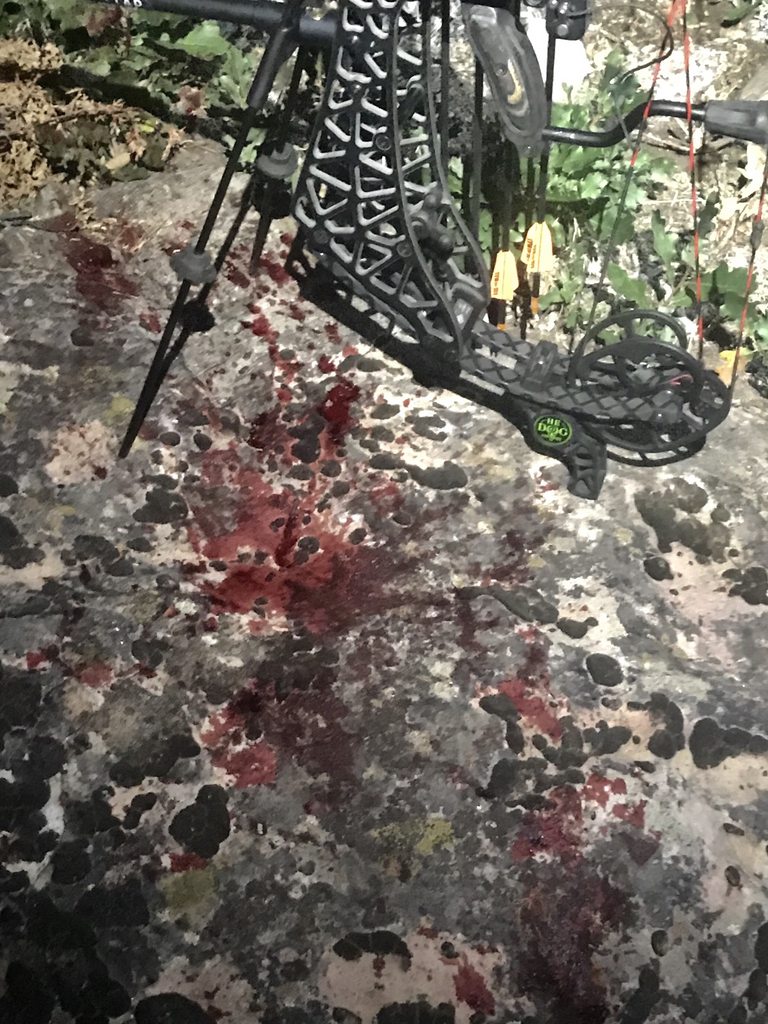 From: krieger
27-Sep-18
I called in a monster last year, he came way out on the open to get downwind, I figured they would stick to the thicker areas during daylight hours. I was wrong, sucker still makes me mad, he was over 400lbs if he was an ounce, big fat dude...I couldn't get him out of my mind all year...

Hand called lots of sets, finally was in the right place at the right time this year. Not a monster, but a good bear.

Discouragement was rampant, it was hot during the day, but I kept on keeping on...tried some Jagger heads this year,from Valkyrie Archery Systems, got their arrows too. Man do they fly...just under 20% FOC, I've never gotten wrapped up in the whole FOC debate, I'm a speed guy, self admitted, I've shot under/over enough stuff in open country that I want everything in my favor regarding arrow drop. Rangefinders work, but sometimes in the heat of battle and with moving critters heavy slow arrows work against a guy....but gave these a honest shot because I like the heads. Hard tool steel, S7, if I'm not mistaken, and long enough to placate even the most rigid traditional shooter.;)

I originally got these for my Realm X, and Prime Centergy, but they shoot in every bow I have! NEVER had an arrow that I could take from bow to bow ( 60-70lbs, binary to speed cams) and shoot tight groups with it. There IS something to more FOC...

Valkryie's take on arrow delivery is to shoot the lightest GPI shaft with the most FOC that will tune, and then run with it, these are 200gr heads, on their .166 ID shaft. They have a long center pin to help spread the impact stresses over a greater length of the shaft, instead of a normal 1/2 -3/4" insert. Neat concept and it flat out works.

This dude was hard quartered to me, but I had enough confidence in the equipment to put it right beside his head, in the neck/chest/leg junction, I had some elevation on him, calling down into the canyons. Zipped though him like he wasn't even there, and this is my Gearhead, only at 60lbs. I haven't taken the time to chrono them, wasn't planning on using this bow that that, but it's just so convenient and it shoots these arrows very well. Sighted in and noted my drops out to 40 yds and had at it. 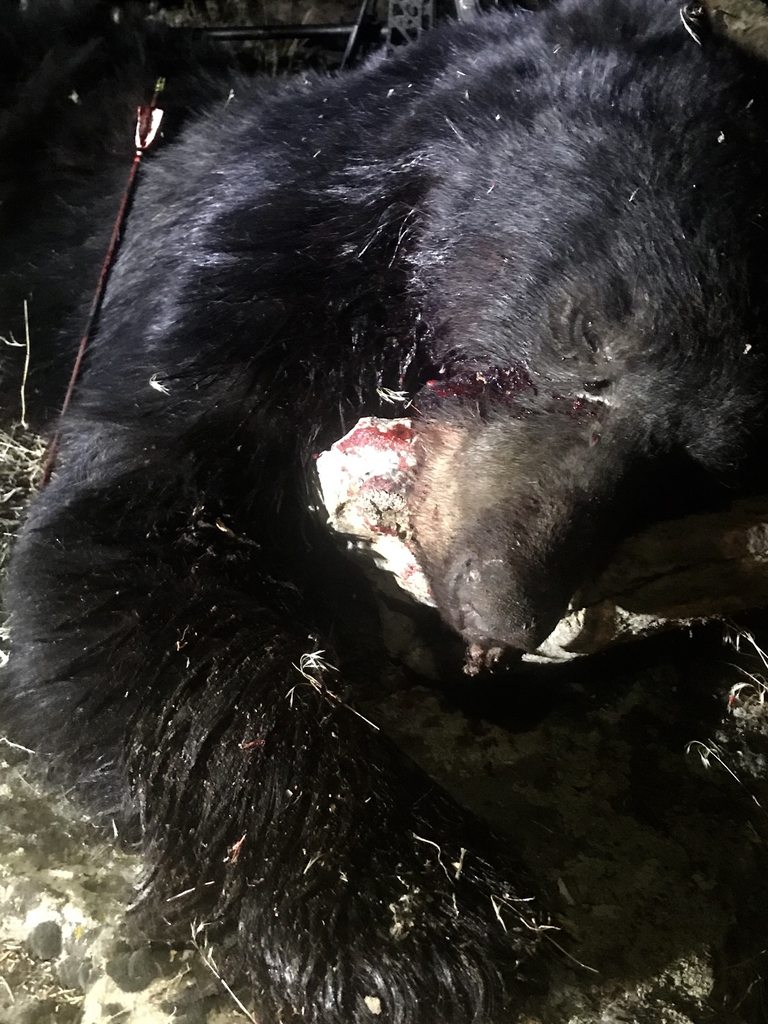 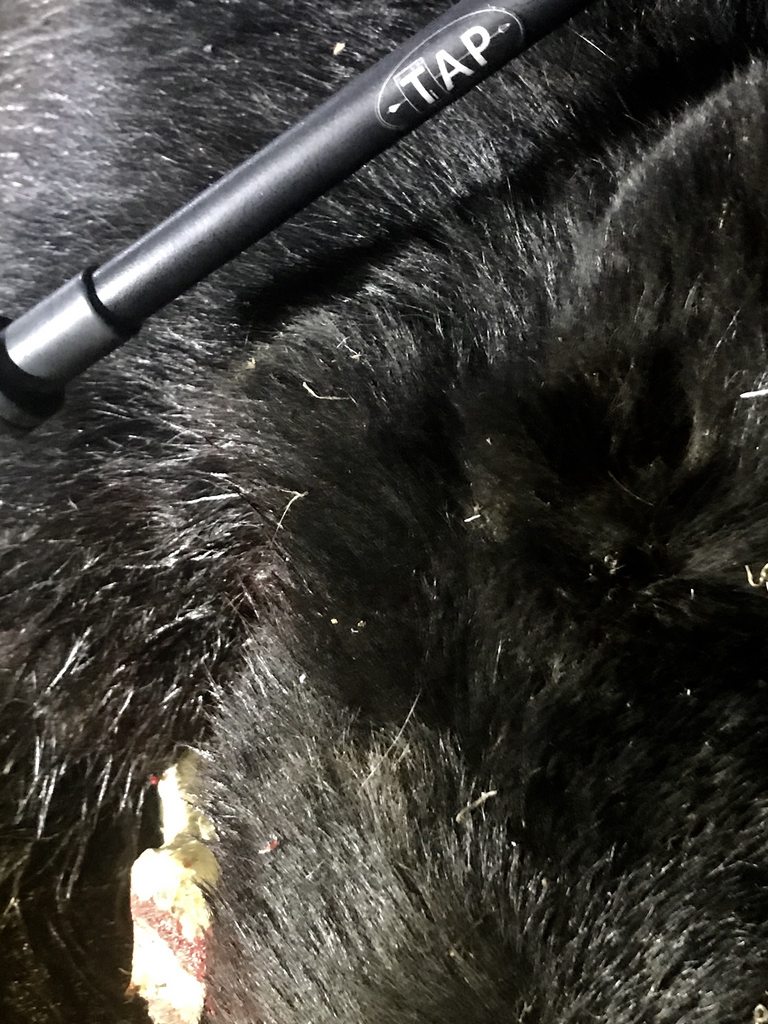 pic of the Jagger 200gr. I did crease his cheek some. 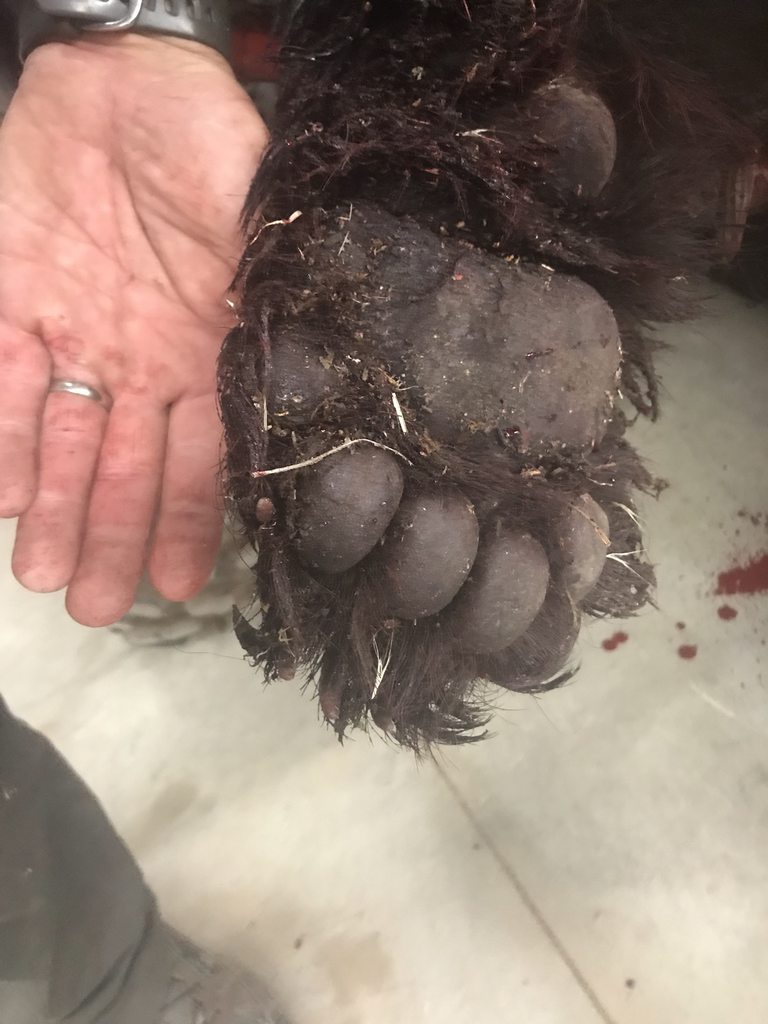 From: krieger
27-Sep-18
One SERIOUS broadhead. 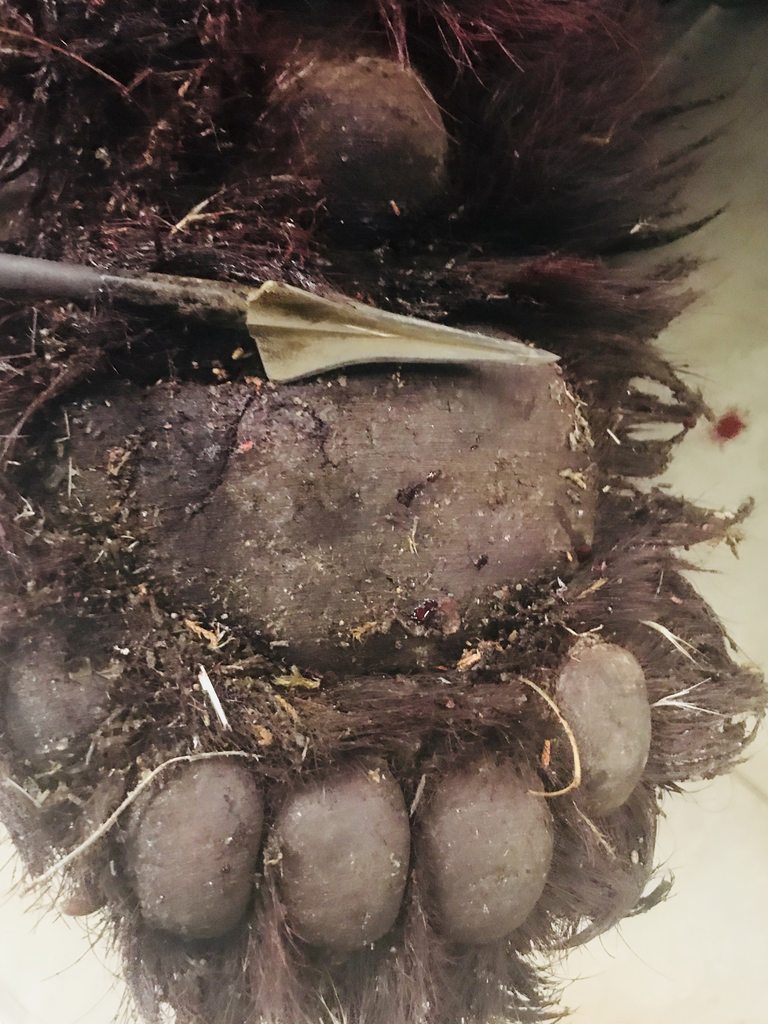 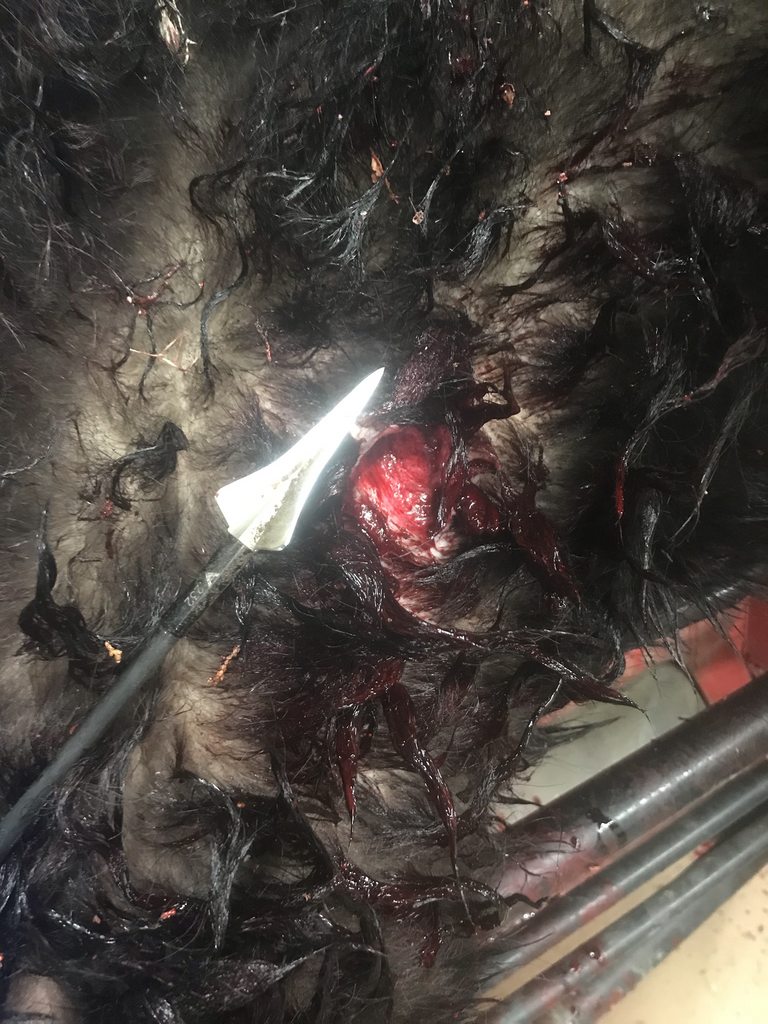 Got to use my new McCroskey knife too! These things are crazy sharp as well. 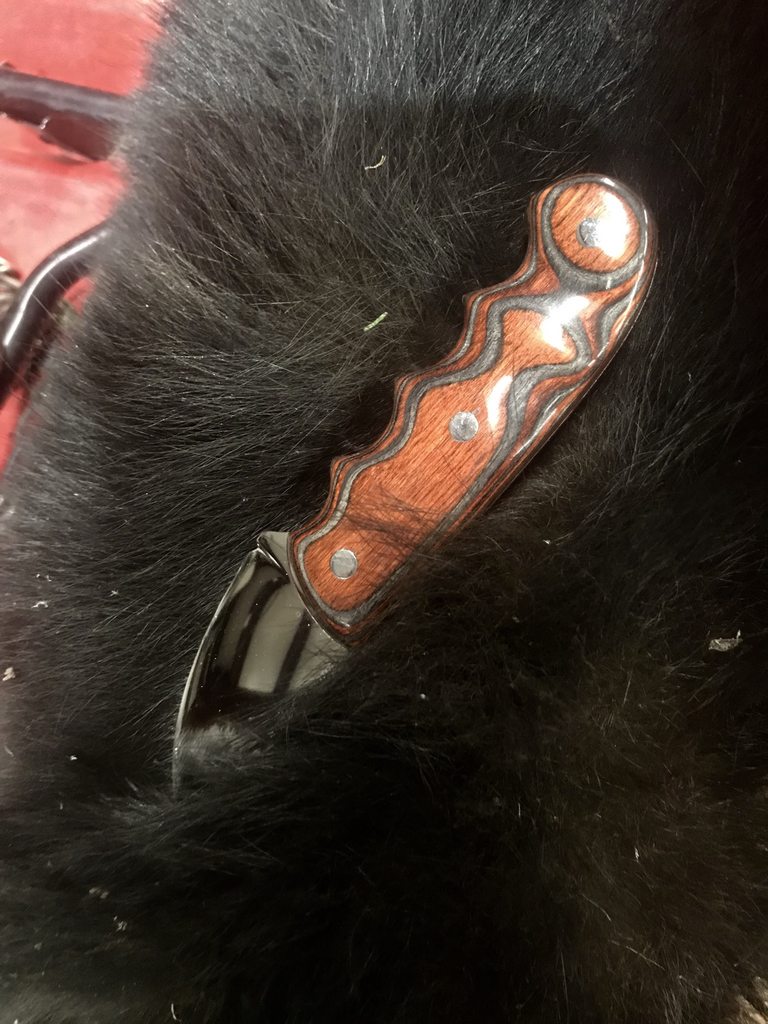 I'm sure some of the blood was from his cheek, but the off side of his trail was just as heavy. He ran 40yds in a straight line, then J-hooked and piled up. No death moan.. 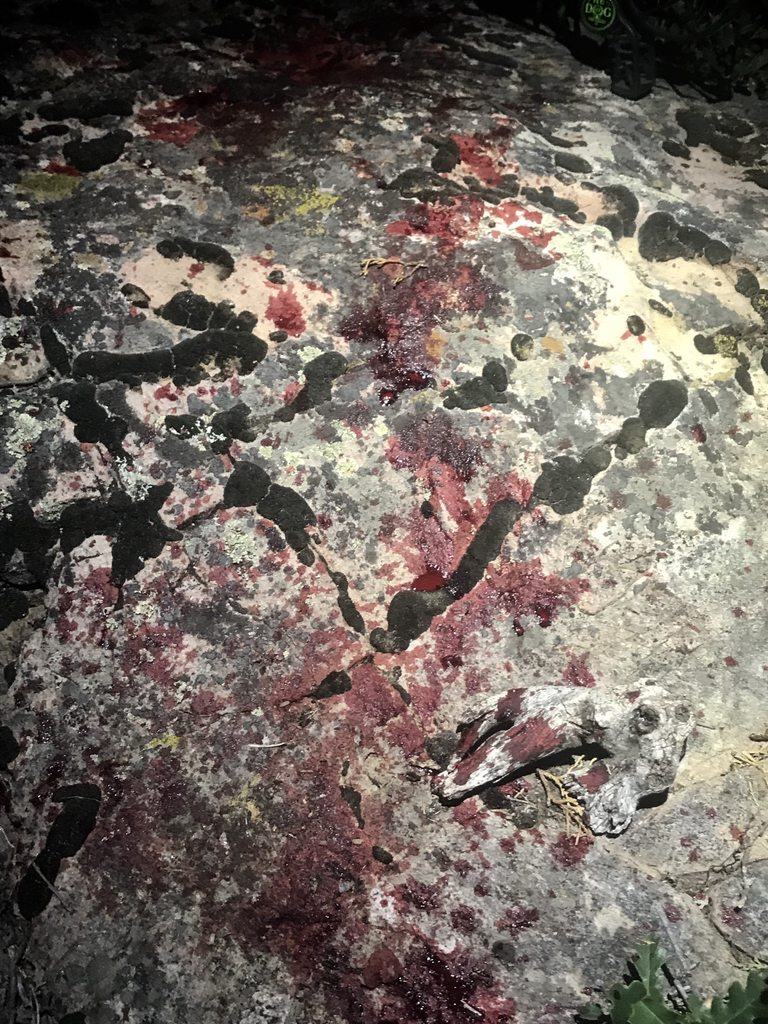 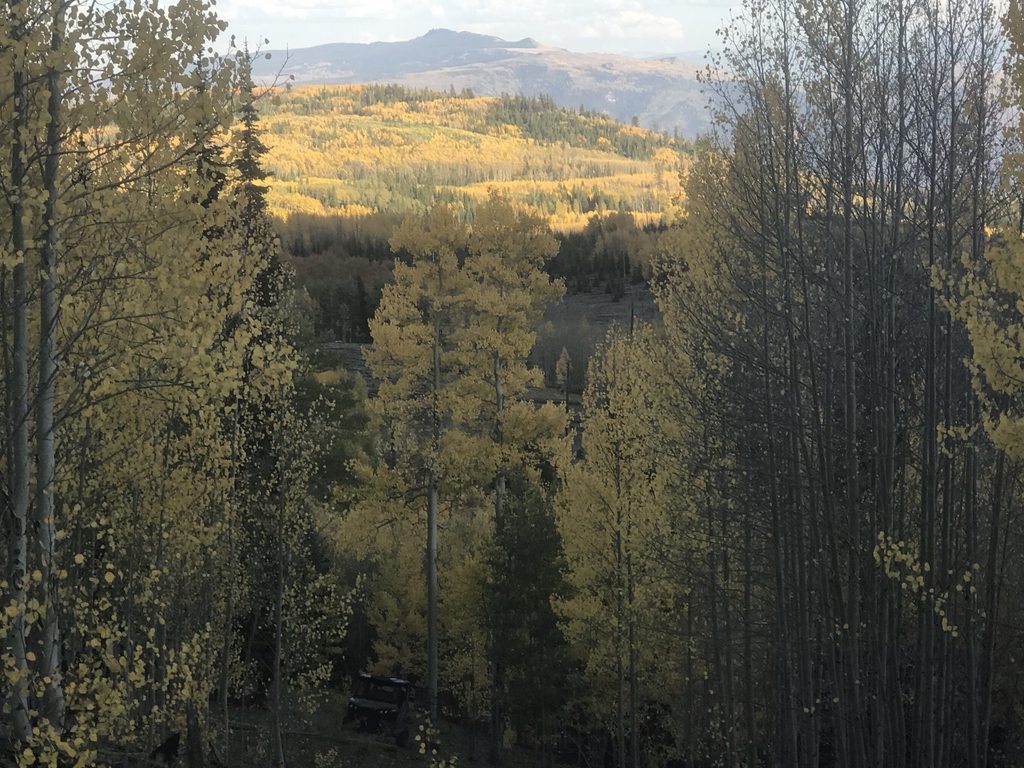 I stopped in WY on the way and shot some PD's. Chased a few around with my bow too! 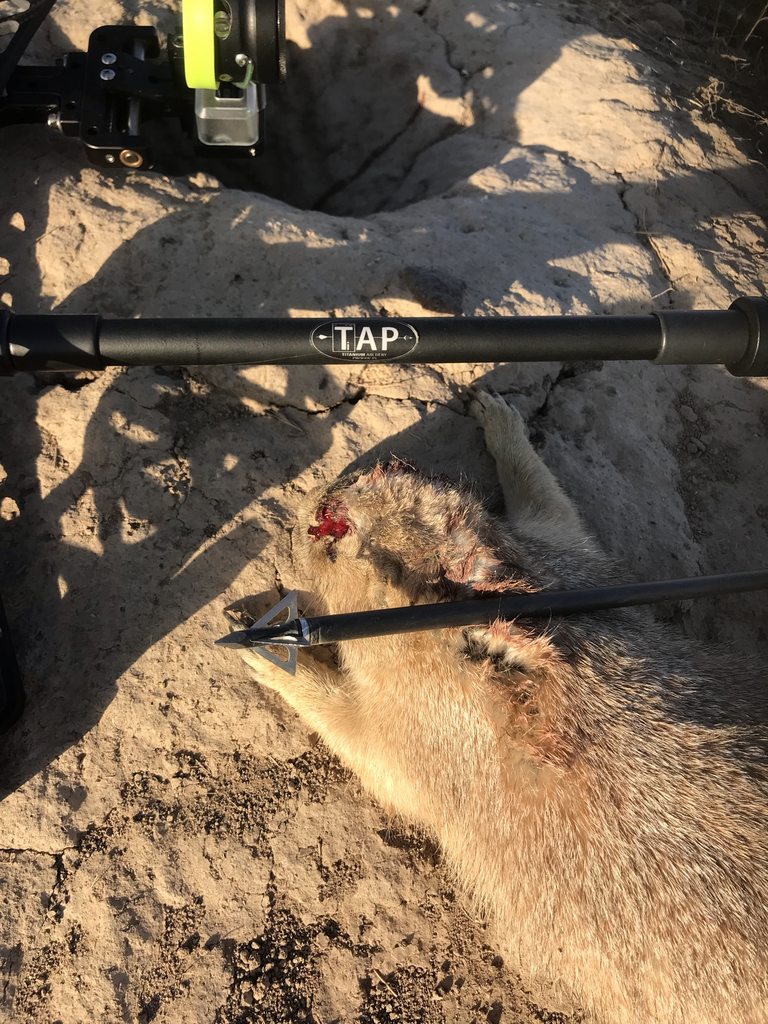 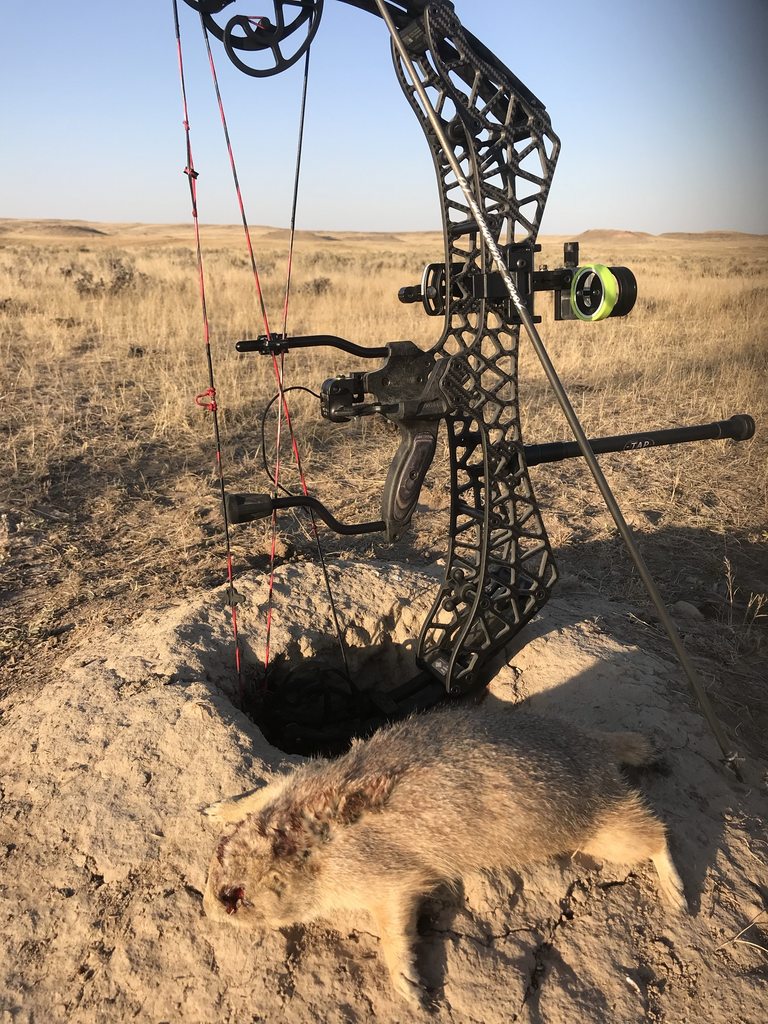 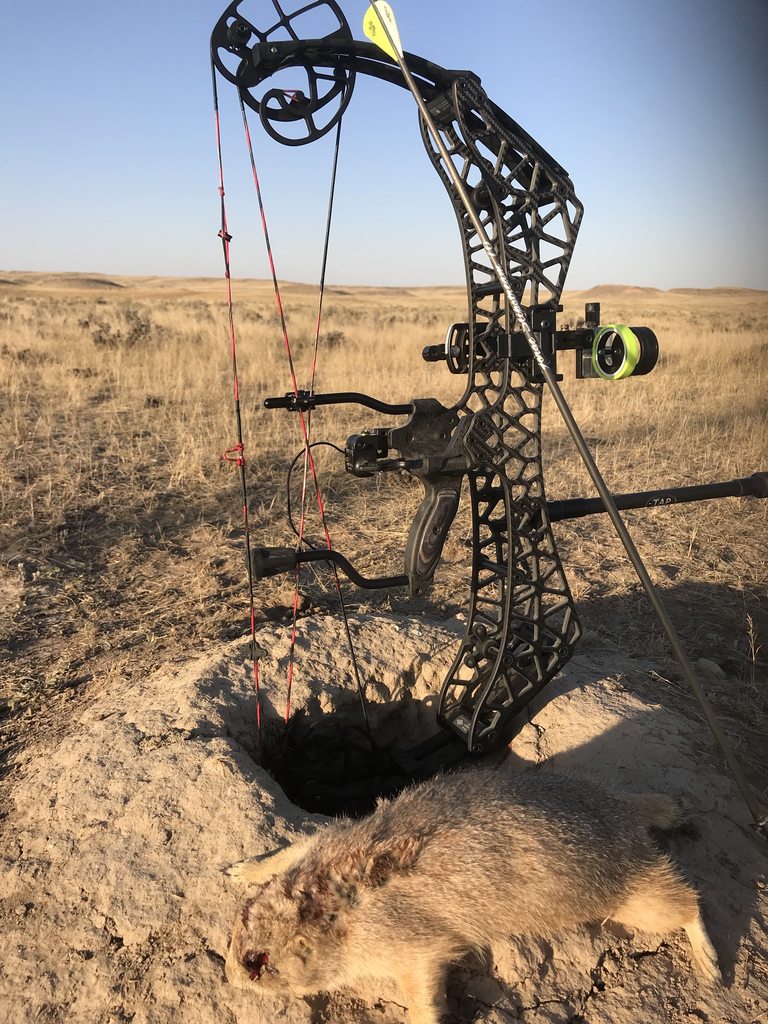 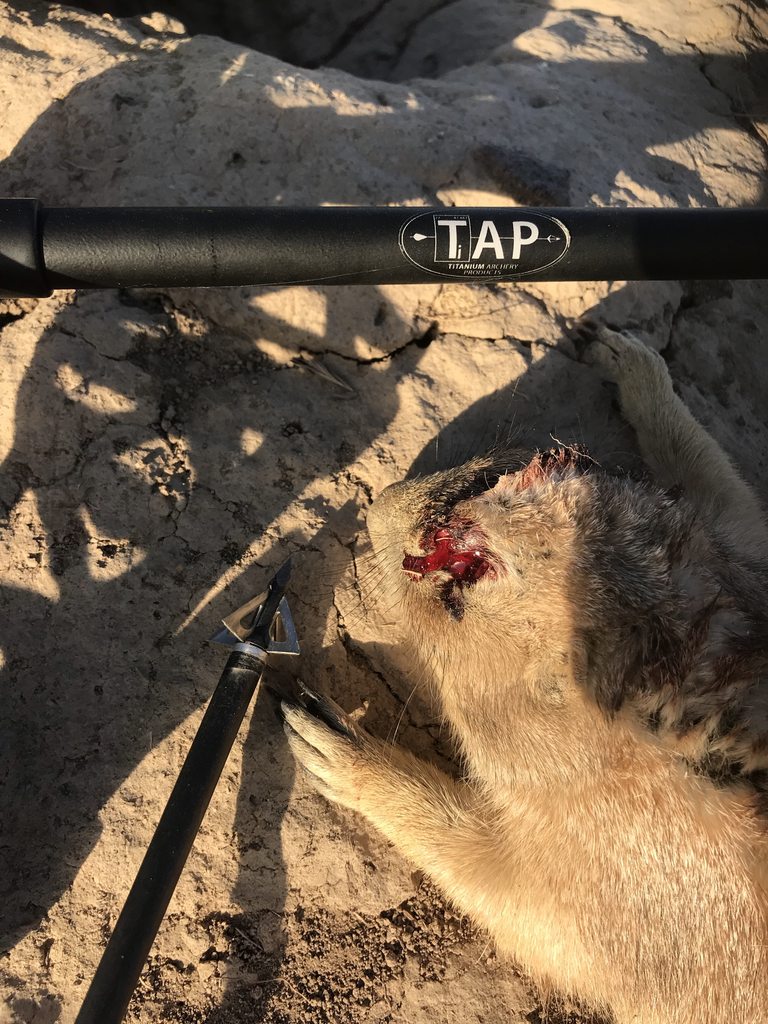