AK moose 20a from coldfoot koyukuk river
Moose
Contributors to this thread:

From: DonVathome
05-Jul-19
I am looking into using a new outfitter out of coldfoot. He uses fan boats to hunt 20a on the Koyukuk River. He is new at moose and been doing caribou. He was honest and straight forward and I am debating using him this year 2019.

If anyone has any input please let me know. PM me for his name. My main concern is the Koyukuk is an accessible river and this being an OTC unit success comes solely from getting away from others.

From: non typ
05-Jul-19
I have also talked to them but I had the same concerns. With a moose hunt probably being a OIL hunt for me I did not think the price savings was going to be worth it. I had talked to them about doing the last caribou hunt then going to moose hunt the following week. If you go or get any info post or send a PM. He seemed to be a good guy and every has to start somewhere
From: thedude
05-Jul-19
Pretty sure 20A isnt in the same geographic area as the Koyukuk. any river system in alaska that you can get a boat on is going to have resident competition. The best thing to do is look up harvest success rates on the alaska gov site.
From: Mule Power
05-Jul-19
What’s the cost? The opportunity I mentioned in reply to your PM is 10 grand. Anything less than that worries me quite frankly and for that you get a supplied camp and near 100% success on big bulls.
From: Nick Muche
05-Jul-19
1, you have your units very messed up. 20A is a long ways from Coldfoot. I’ve hunted 20A from an airboat for several years....good luck!

I’d go with the guy Mule and I told you about. He has an opening this fall and it’ll be a heck of lot better Hunt than airboats in 20A.... unless you like seeing LOTS of people.

From: Mule Power
05-Jul-19
I had a different guy in mind Nick.
From: DonVathome
06-Jul-19
Thanks guys I thought he said 20a but likely I was wrong. nontyp I agree. If I have 2 go twice it is NOT a deal.
From: Pete In Fairbanks
07-Jul-19
As mentioned, GMU 20A is just S of Fairbanks. (Where you hunted caribou a few years ago out of Delta, Don.)

Coldfoot is in 24A. 24A is a very "thin" subunit that pretty much consists of the Haul Road corridor south of Atigun Pass down to the GMU 20 border.

The S. Frk of the Koyukuk bridge is just a few miles S of Coldfoot, whereupon you can launch and head downstream toward Bettles.

From: Kevin Dill
07-Jul-19
Just in general terms....I would believe a start-up moose outfitter is not the guy to go to if proven high odds or success rates are important. I'm not saying it can't pay off big, but I would need to have extremely high confidence in the outfitter and the exact area he's taking me to. Even then I would have to keep my expectations tamped down.
From: TEmbry
07-Jul-19
Location matters above all else when it comes to moose hunts. It’s not hard hunting, just a patience game and a lot of work once one is down. Id research spots more than who the transporter is (admittedly for many areas of this state those are unfortunately one in the same). The river you mention is a popular starting point for many residents with boats, but that isn’t to say there aren’t a lot of moose on that river system. There are no more secrets really when it comes to moose hunting in Alaska. Information is readily available and NR demand has caused prices to skyrocket.

I elect to hunt much further south in the state. More moose, but also more people as it’s closer to a population hub. Built a relationship with an air taxi I trust and have our spot reserved indefinitely moving forward annually.

Kevin I agree 100%. This seems pretty much a no brainer and go with someone with a solid reputation.

From: Nick Muche
07-Jul-19
Surely a few of those pages have a transporter listed that have a great reputation, book one!
From: Mule Power
08-Jul-19
No kidding. Don’t be such an over thinker Don. Get your boots on the ground man!
From: Kevin Dill
08-Jul-19
TEmbry's post above is 100% accurate.

I primarily see 2 general categories of moose hunters: Those who may go once or twice and REALLY want that big bull for the den, and those who really love to hunt moose enough to make it happen repeatedly. I'm in the second category, so I feel no pressure to find the top-best outfitter, nor am I conflicted about the need to spend more to get more. If I kill a good bull, that's great. If not, I'll be back next year to swing the bat again. Over the years I've changed camps and locations to where I'm at now. Three straight years and I've never had another plane (except my pilot) fly through my area. I'm in a place where boats can't reach....neither can atv users. It's about the perfect setup for a guy who wants to hunt moose every year and not experience competition. 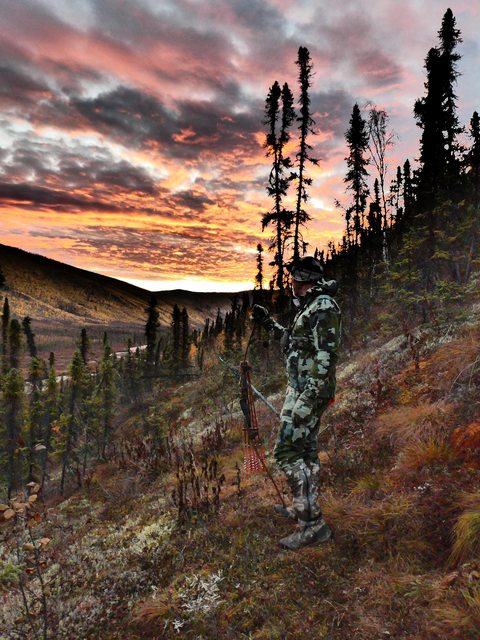 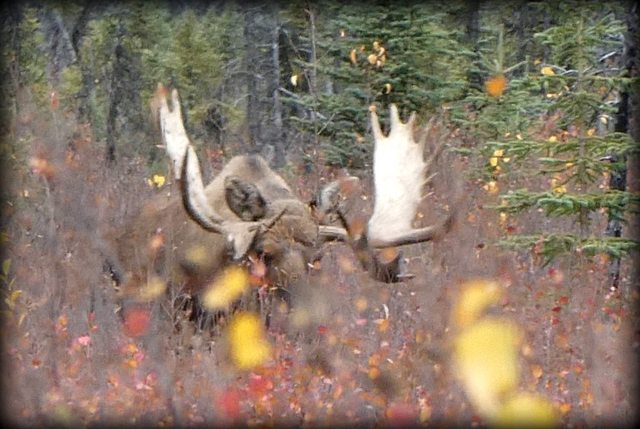 I have only killed two AK moose and that’s enough. But I would love to go back to hunt them again for the experience of being dropped in the middle of no where. Or even better, fo just to help someone else.

That picture tells it all.

From: DonVathome
07-Aug-19
I am going this fall rifle. Solo and paying a lot to a transporter. Not guided but close IMO.

I'll say a prayer that he doesn't put you in wet, boggy unstable terrain.

From: Mule Power
07-Aug-19
You should be up out of the boggy stuff Don. They don’t guide you but camp will be ready to go and they’ll take care of you very well since they run so few hunters. Good luck man!
From: Kevin Dill
07-Aug-19
Assuming a kill, will you be responsible for 100% of the butchering, packing and meat/trophy care?
From: Mule Power
07-Aug-19
He will Kevin. Everything in the field and camp. It’s a drop camp.
From: DonVathome
12-Aug-19
Yes its higher elevation which means low odds of dead in water (pun intended) BUT higher odds of hills in the way. I am in the best shape of my life so its now or never. I leave 9/15
From: Buskill
12-Aug-19
I’ll be anxiously awaiting some cool pics and trophy photos !!
Register here to reply to this topic